An eye for an eye does not equal tolerance 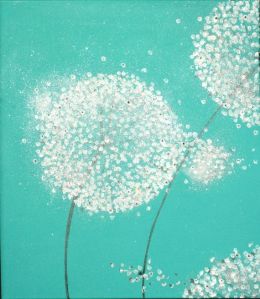 Hurling thoughts and emotions, what should and shouldn’t be and what we could or couldn’t do. What we can do. They blend within a world cyclone that has no eye but at its centre are people fleeing homelands, walking homeless yet with purpose through country side and along train lines to cross borders for refuge in camps of tents on mass. It takes time for the torrent to settle to make sense of what is, of a life that will continue to endure with discrimination and prejudice yet to come as Syrians and others settle into new societies.

Discrimination and prejudice of any kind, whether based on race, ability, gender, religion, attitude, interest, ideals, beliefs, values, culture and more, stems from humanity’s inability to accept difference. That could come through fear or ignorance, a lack of empathy or poor emotional intelligence. It can lie dormant in the depths of a puny crevice until challenged and when it is, can rear as a ferocious beast of warped sharpness, bitter and acidic in tongue, and reeking as a stench-laden, rampant and contagious virus.

Disturbingly, discrimination is as relevant today as it’s ever been. Take the 1950’s and mass migration to Australia. My mother was part of that movement. She arrived with her family from Malta at not quite 13 years old, with boat loads of others sent to camps upon arrival, unless you were unlucky enough to have that lovely deep olive complexion and then you were sent back, unwelcome.

Mum and her family endured much discrimination over the years. They practised as devout Catholics but were not accepted into the ‘Anglo-Catholicism’ and labelled as ‘micks’ instead, relating to being of mixed religion. They watched their uncle operating a restaurant in town, revert to chops and mashed potato on the menu after patrons refused pasta and minestrone options. They felt the hurt as the youngest in the family was not considered worthy of marrying an ‘Australian’ and lived with the constant racial and derogatory taunts of being labelled a ‘wog’, a disparaging and contemptuous term referring to anyone coming from Europe. My siblings and I experienced that discrimination too, regardless of being born in Australia, and I lashed out at anyone calling my mother and family a wog. The cultural values of Christmas we shared as a family were considered weird and I was teased at school for eating salami sandwiches at lunchtime. How times change – I’m attending a Salami Festival in a trendy part of town soon!

Mum had a less troubled road to settling into a new society compared to many migrants and refugees of today as her culture was a fusion of Maltese and English due to Malta being under English rule back then. Her culture has contributed to an enriched Australian ethnicity while the focus has switched to other migrants attempting to make new homes in Australia. Integration has occurred, mostly, that point where we all give equal opportunity and consideration to a racial, religious or ethnic group or a member of such a group, on social, economic and emotional levels.

That means tolerance and understanding by all parties, those settling as well those already settled, of being non-judgemental and accepting of difference because behind every face, exists a story waiting to be understood, yours and mine included.

Acceptance of all difference of all people is key to integration. My son’s grand final football match one weekend not long ago, saw integration NOT at work. Seeing that made the plight of the Syrians fleeing right now, more sad and distressing than ever.

The lead in my son’s game changed many times and both teams played in fierce, emotional determination. My son’s team lost by one point in the last two minutes of the match. But it was the end of the game that was the real show-stopper.

Abuse flew in every direction, abuse based on race, culture and ability and that extended both on and off field and by both sides. People held in regard, coaches and aides, spat venomous words of anger and hate and verbal abuse heated up to the point where the winning team ordered my son’s team off the ground for the medal presentation. Club officials, aides and family swarmed the boys to escort them safely into the club rooms.

As a parent, I slipped into protection mode, honing in for anyone about to hurt my son or any of the boys. It disturbed me that he could be in danger while playing sport and made it difficult to swallow the building emotion.

As a human being, my heart bled. I heard that spectators supporting ‘our’ team had abused a group of young girls wearing head scarves and mocked players in the other team for their names being falafel or malafel. The ignorance left me gobsmacked and that protection mode grew for not just my son, for others being discriminated against too. That building emotion wanted to surge from me … even now, it builds to twist as knots in my gut.

This is a suburban league of boys playing football in a supposed civilised society, not a war torn or ravaged country or a community prone to any level of violence. But beneath the torrent, and superficial sticks and stones, there is a story behind the face. Players and supporters of both teams were mainly of first and second generation Australians, Europeans, English, Asian and Lebanese. Many were from the Lebanese Republic, which is bordered by Syria to the north and east and Israel to the south.

Lebanon has traditionally been an important commercial hub for the Middle East and the centre of Middle Eastern conflicts because of its borders and the unique and complex communal make-up. The country has been a refuge for the region’s minorities for centuries. Crimes under Lebanese laws may not be considered offences in Australia while religious law has the same standing in Lebanon as civil law. Protests occur throughout the country, some escalate into clashes between protestors and security forces. Kidnappings are on the rise, terrorist attacks could occur anywhere and at any time. Ongoing political and sectarian tensions, the possibility of rocket attacks and car bombs, dangers posed by landmines, cross-border artillery strikes and the uncertain security environment … this is without mentioning the conflict in neighbouring Syria and extremist groups that operate inside Palestinian refugee camps!

Such trauma and torment, grief and loss, distrust and fear from shattered lives … where is the tolerance and understanding of that? Those scars run deeper than any puny crevice of discrimination and the baggage they must carry every second of every day must weigh heavier than any describable weight. They can’t disappear with the wave of an invisible wand after a month or a year. Where is the understanding of this ongoing pain, or the non-judgement and acceptance of all difference of all people, by all parties? It’s wonderful that the world is awash with compassion right now – but then what? Of course focussing on finding a place for these fleeing people to rebuild comes first and it must be one step at a time, but we mustn’t forget the integration that comes next.

Millions of Syrians have fled the country since the conflict began in 2011. Turkey, Jordan and Lebanon have taken in the majority, some have landed in Jordan and Turkey. Germany and Brazil have granted immigration visas and other countries are accepting Syrians too.

Understanding and common sense can help with the coming next steps of settling and integration of cultures. I’ve see it happening in the Karen refugees attempting to recreate lives in my community. These people have fled homelands and now experience depression spurred by the isolation they live in a community that’s foreign to them.

But as with any situation of struggle or disadvantage, finding a strength to build on is key.

Farming and cultivation was at the heart of the Karen life in Burma and so development of a local program began where the Karen could build on their agricultural skills through formal training. That included the practical of farming plots as well as learning new skills and English, and mixing with others through the training. I was lucky enough to attend a Friday lunch prepared by these students in the most fundamental of make-shift kitchens. Their smiles, their pride in hosting me and mine in being there … humbled appreciation by all.

The struggle of integrating into a society while retaining family and cultural values can be great, and can take time. I recall a Filipino friend who forced herself to eat Vegemite when she arrived in Australia in order to fit in. She detested the Australian spread but wanted to blend in.

The click of a finger won’t see instant comradery and cooperation but understanding, tolerance and acceptance will help. Words from Sufi Master, Hazrat Inayat Khan, are as relevant today as they’ve ever been ~

‘When love comes to its fullness, then one looks at the friend with affection, on the enemy with forgiveness, on the stranger with sympathy.’