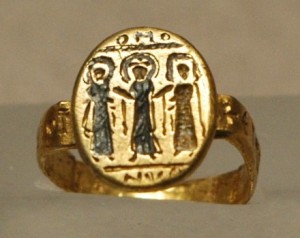 After the drain and sometimes despair of the past weeks, I just want to lie here forever, cuddled up into son two’s doona, my feet dangling off the edge of his bed. He sits at his desk scattered in books, while son three squats on the floor opposite, clasping his knees and leaning into the wall. Son one sits on the edge of the bed strumming a few chords of a Spanish study on the guitar. His slender fingers pluck with such agility, their dexterity evident after playing piano for more than twelve years. The three of us have crashed son two’s study time on the way to our bedrooms. Son one hits a twang in his tune.

Son one falls back onto the bed. I scooch my head into his side and begin tapping my foot to the tune. Son one begins to sing.

His baritone lows send a vibration into the room and into my heart. Extraordinary tones.

Die and Love. Such power in those words. I really don’t want to leave the comfort that surrounds me. Such peace is priceless.

Die and love. I’m living in the reverberation of an abundance of love that extends beyond this room, circles and circles of it that echo and intersect. Pat’s circle of love began when Vince slipped that eternal ring on her finger to signify their unity in endless love. She became the centre of concentric and overlapping circles.

It was only a few weeks ago that Pat asked me to fix her wedding, engagement and eternity rings. Her doctor had to snip them from her fluid-swelled finger as they had begun to cut into her circulation. Creating jewellery and bigger sculptural metal pieces was a career from a life gone by for me, but I couldn’t say no to Pat when she asked because of the need in her tone at wanting the rings back on her finger.

So the following weekend, I spent hours on them. I soldered an extra piece into the wedding ring and hammered the other two to slowly stretch the gold to widen the rings. As they were over seventy years old, I couldn’t risk damaging the collapsing settings and diamonds of the engagement and eternity rings with heat if I added a piece to make them bigger. Slow hammering was the best option. I filed and used various abrasives and polishes on the metal until the rings shone to become the desire of any bower bird.

When I gave the rings to Pat that weekend, she thanked me with such heartfelt hugs and when I slipped them back onto her finger, she sat there smiling in the proudest of proud. A perfect fit, they were.

To everyone’s surprise though, the rings fell off Pat’s finger days later. It was thought that Pat must’ve lost some body fluid to reduce the swelling in her fingers. I felt such sadness for Pat that she’d lost something so dear to her.

The wedding ring was found days later and immediately put onto a gold chain to hang around Pat’s neck. No-one could find the other two rings. I was pleased that at least she had the ring most important to her and that it sat close to her heart.

The wedding ring has a long history that signifies never-ending and immortal love. It’s believed that the ancient Egyptians exchanged the first wedding rings about 4800 years ago. Back then, they were made by twisting and braiding sedges, rushes, reeds and papyrus into rings for fingers. The circle was the symbol of eternity, with no beginning or end and the hole in the centre of the ring was the gateway or door to something new.

Days later, Pat passed away, with her circle of love around her neck and close to her heart, surrounded by her circle of family that filled her room in circles of love that spread to homes of vigil.

Pat may not be here physically today, however the power and influence of her and her battered and thinning gold wedding ring extend in a force and energy way beyond understanding. It remains emblazoned onto all touched by her, including me here tonight and every night, with those concentric and overlapping circles that these three pookies are also part of as descendants of Pat, these pookies that always seem to be near, in shadow or light.